This is my 7drl entry, its focus is on ranged combat and tactical movement. Initially the game is pretty slow but by the time you get to the later levels things get pretty chaotic and fun.

Features a slightly different than unusual turn priority queue, in the sense that everything has equal priority and thus take all of their turns at the same time. You could decide to move one tile in your turn or as much as your speed allows, regardless of how far you decide to move, the enemies till move their full speed. You could step one tile and a goblin two, or you could step two tiles and the goblin will still step two.

Expanding on this, spells are cast at the same time moves happen, meaning you need to predict where your enemy will be at the end of the turn, and cast your spell at that tile to actually hit them.

Written in C/SDL2, compiled to WebGL via emscripten. 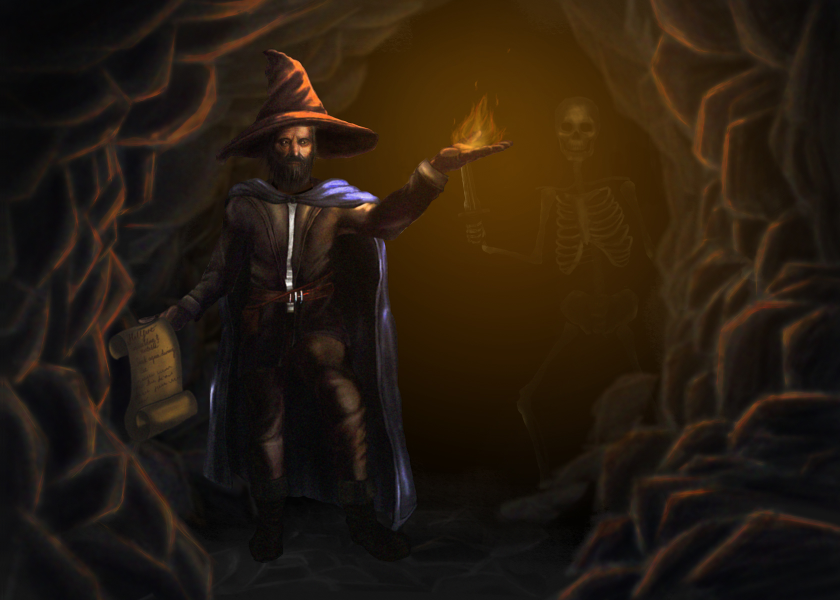 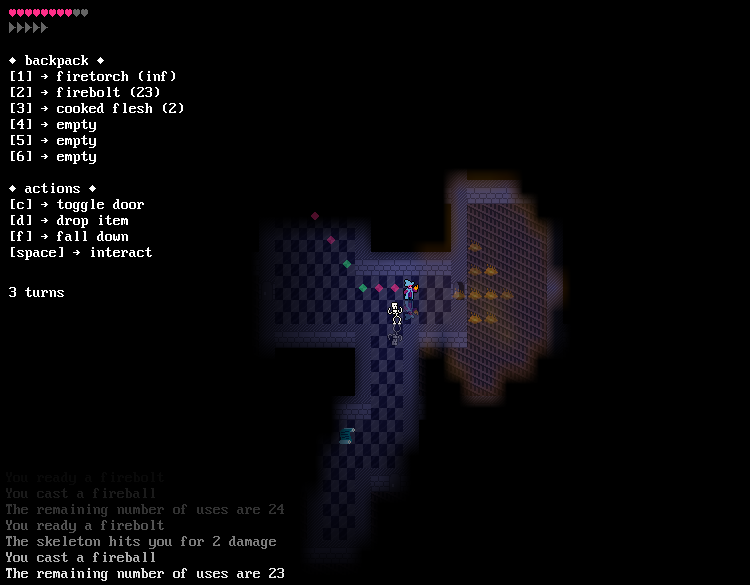